A milestone work in Pharology

Ancient Lighthouses is a new (2018), full-size (A4) hardback book with dustjacket and 336 pages. It presents a full-colour detailed analysis of the most ancient sites of lighthouses and the earliest navigational aids, and contains one of the most comprehensive histories ever written about the Pharos at Alexandria. As the first in a series of three books on Pharology, this book is expected to place a milestone in the catalogue of lighthouse books. The others are:

See the Contents of the book here... 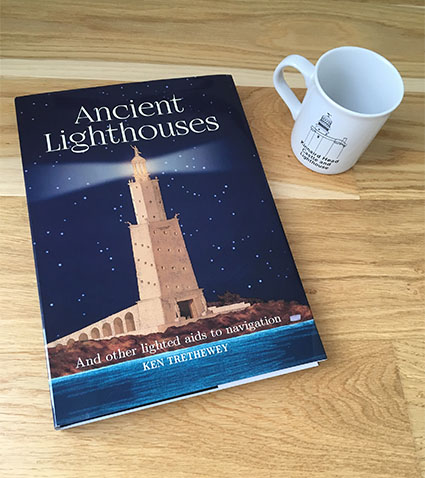 It is clear that geographical features have acted as navigational aids, whether on land or at sea, since the dawn of mankind. Active volcanoes such as Etna, Vesuvius and Stromboli in the Mediterranean provided brightness in otherwise dark skies and would have been identifiable over many miles of land and sea. It is obvious that, when available, geographical features were as useful to navigators as were the positions of the sun, the moon and the stars, but in this book, we shall consider who created the first artificial aids for navigation at night. 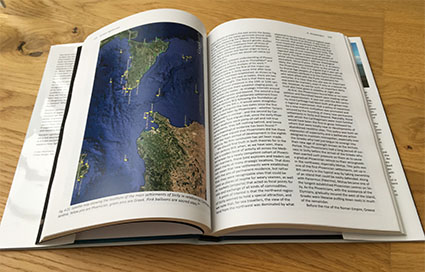 The location of the first lighthouse in history has been the subject of much speculation. The Pharos of Alexandria, shown on the cover, was one of the earliest, and certainly the most wonderful. However, it is commonly accepted that the idea behind the building of structures to assist navigation at night was already widespread by the time of the Pharos. The glaring absence of substantive evidence in support of an answer to the question, “What came before the Pharos?” has meant that few pharologists in the twentieth century have seriously reported on the matter. 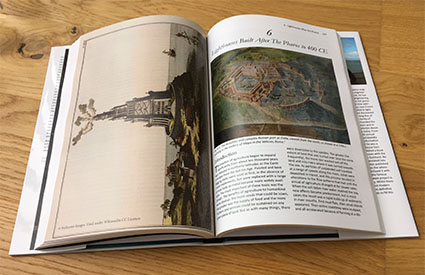 This is one of a very few books in recent years that has seriously addressed the subject of ancient lighthouses and their origins. The scope is expansive, commencing with the first ventures onto water by humans. It describes the identification of the need for navigational aids and the latest theories about how the needs were satisfied. The book examines the current archaeological evidence for structures that may once have been used as lighthouses and then considers the major locations used as such in ancient history. The book is completed with a catalogue of all sites currently thought to have hosted a lighthouse up to 400 CE. 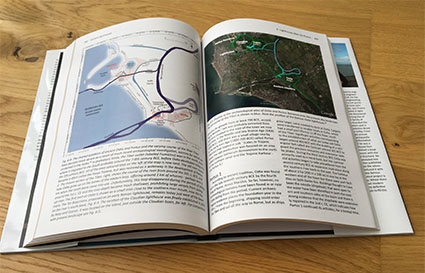 Ken Trethewey is a pharologist with more than five decades experience. His ancestors were lighthouse keepers across five generations, and his great-great grandfather was a “Keeper of the Eddystone Light.” Professionally, he is a retired marine engineer and educator specializing in materials in engineering systems and has written a successful book about corrosion. Since retiring in 2009 he has concentrated on publishing books. 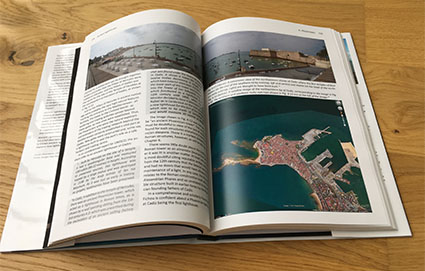 J05: The Pharos of Alexandria

J06: Lighthouses After The Pharos

J07: A Catalogue of Ancient Lighthouses